By building this docker image you confirm that you accept Google's Android SDK and Android NDK licenses (https://developer.android.com/studio/terms). 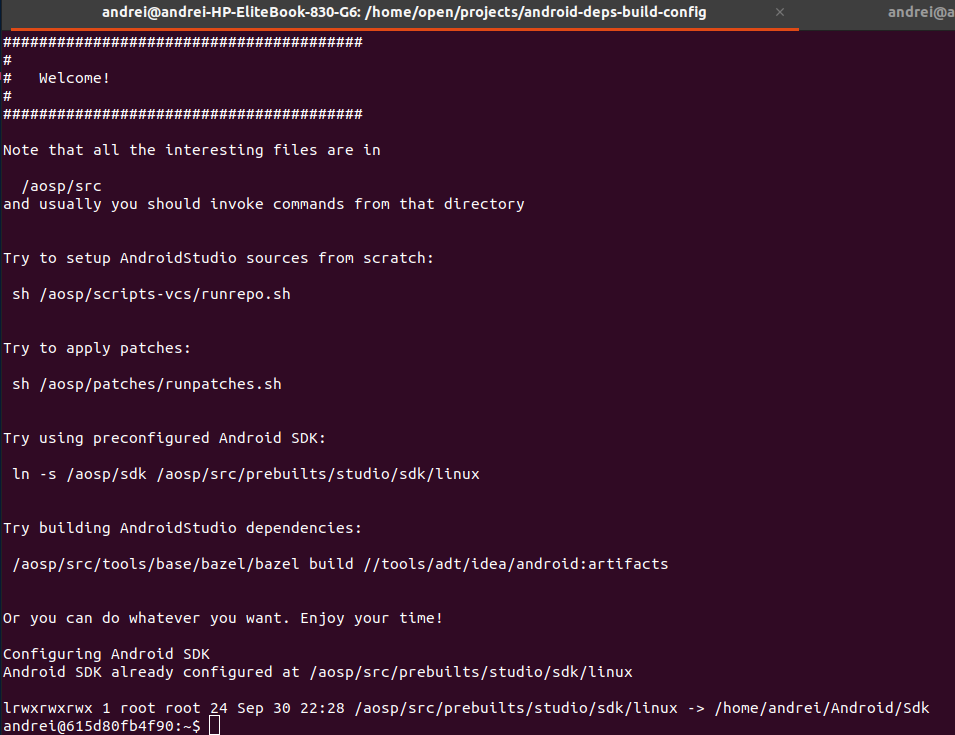 Now when we have docker container up and running, all the following commands should be executed inside Docker (not inside the host):

Now go back to the host, open $AOSP_ROOT/tools/adt/idea in IDEA and click rebuild project

Google builds Android Studio with Bazel (Blaze). They have a huge monorepo which contains a lot of sources and binaries. Some parts of this monorepo are visible from https://android.googlesource.com/, others are private. To checkout sources special tool is needed - repo. Sources contain not only Java/Koltin code, but also native C/C++ code, and one needs Android SDK and Android NDK to build it properly.

The solution is as follows: sources are shared between the host and docker container. Sources can be loaded to IDEA on the host, but there are a few JARs which should be generated by Bazel. In order to build them we create Docker container and run Bazel there.

Sources are downloaded with a repo tool. Docker container has a copy of repo inside. repo is smart enough to ignore unreachable repositories. Usually it is safe to ignore warnings that some remote repository is not found.

Sources from AOSP are built with Bazel. Original Bazel files reference some other files from private repositories. Patches (runpatches.sh) are removing these dependencies. Additionally, patches are removing private modules (e.g. google-appindexing) from modules.xml, which do not compile anyway.

Sharing the files between the Docker and the Host is yet another challenging task. Files on the host are owned by $USERNAME. which has its own id and gid. As part of the container setup dev-local/setuplocaluser.sh is executed that creates a user inside the docker. If you have problems with permissions on files - this is the first place to check.