ByteX is a bytecode plugin platform based on Android Gradle Transform Api and ASM.

(Maybe you can think of it as a socket with unlimited plugs?)

In the apk building process, each plugin is completely independent. It not only can run independently from the ByteX host, but also can be automatically integrated into the host into a single Transform along with other plugins.

What's more, each plugin's code is decoupled from one another, as well as their host, which makes it extensible and highly efficient for the development of new plugins.

If all features are developed as a separate plugin, each plugin will cost 10+s, and the compilation time will increase linearly.

But if the iterative development in only one plugin module will make it more and more cluttered, for the code is deeply coupled.

So an idea was raised. It could make sense to build a bytecode plugin platform, and the new feature can be extended based on it as a new plugin. 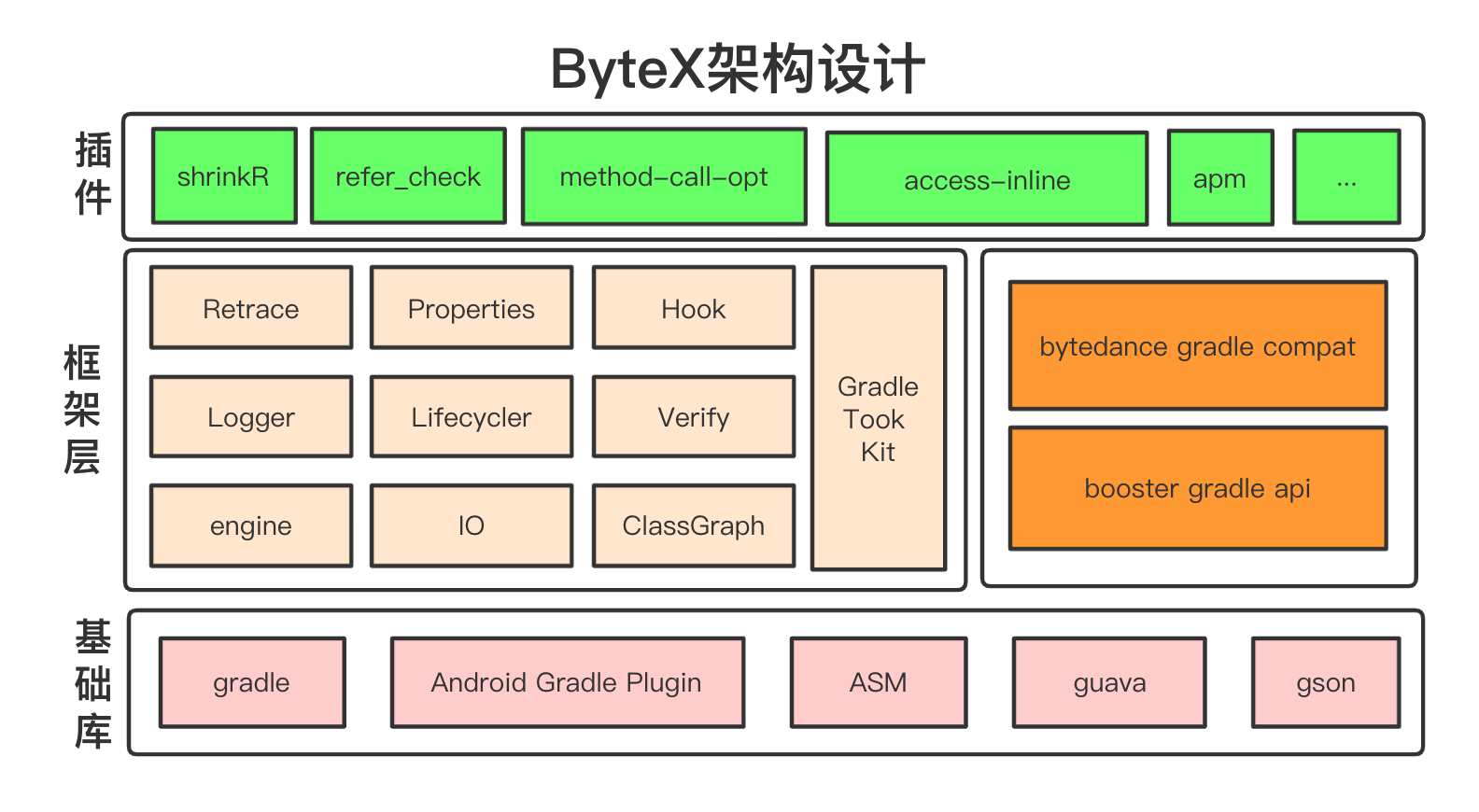 Reading all the class files in the project and Android SDK, and writing back to the specified directory.

Depending on common module and focusing on bytecode operation.

Add those configuration code to your build.gradle, and apply your plugins on demand.

Note: If ByteX host is not applied, there is no difference between ByteX plugins and ordinary ones, and all of them will run separately. On the contrary, all ByteX plugins can be automatically merged into one single Transform with the help of the ByteX host.

What else can the ByteX do?

There are more than 25 plugins developed based on ByteX in ByteDance (We only open sourced some of them). You can quickly develop the following related plugins based on ByteX:

If you have some creative ideas and demands related to bytecode, come to join us to develop a new bytecode plugin based on ByteX!

Please read through our Developer API.

If you have any question or advice about ByteX, feel free to join our WeChat group.