Like Chrome translation of webpages, but for Android apps.

It replaces all text in an app in a language from one language to another at runtime.

Say for example an app is in German. A user selects the app name, and the required language conversion (say German to English).

Then whenever the user uses the required app, all the text, ANYWHERE in the app, are replaced by their English equivalents.

This is something similar to the way Google Translate works in Chrome.

Note - Due to a technical limitation, this won't work with many games. Nothing can be done about this. 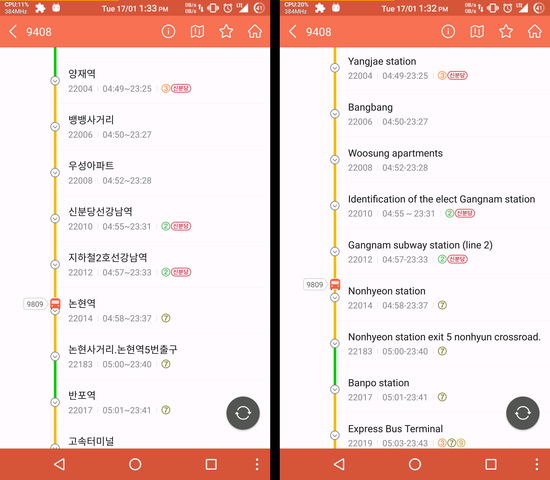 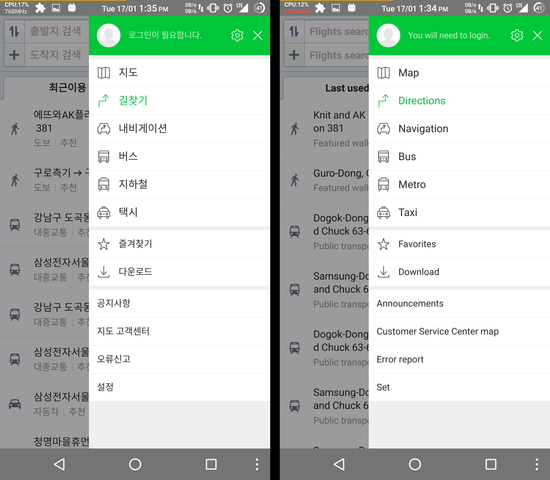 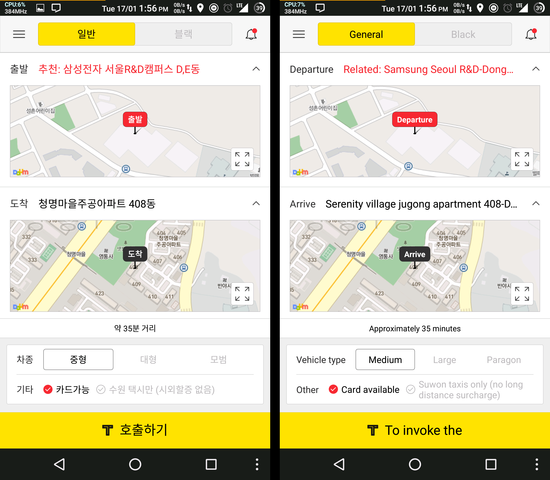 Below are some of the screenshots of AllTrans app 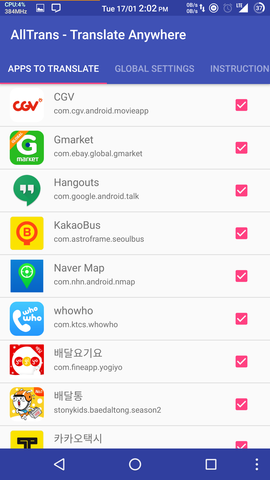 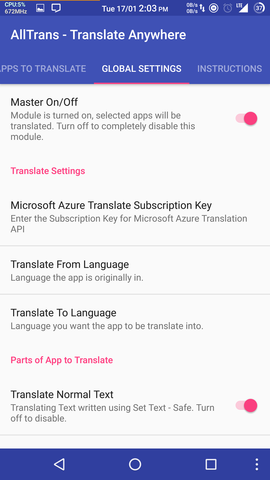 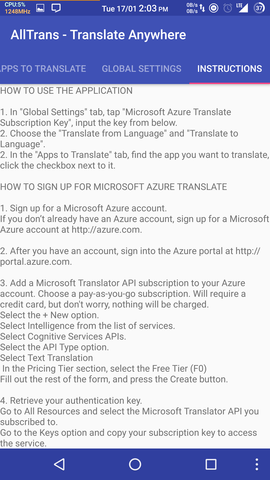 A video (in English) showing how to use AllTrans by Gadget Hacks on Youtube https://www.youtube.com/watch?v=sKDtkmISi6k. This video is for an older version of the app, you no longer need API keys. 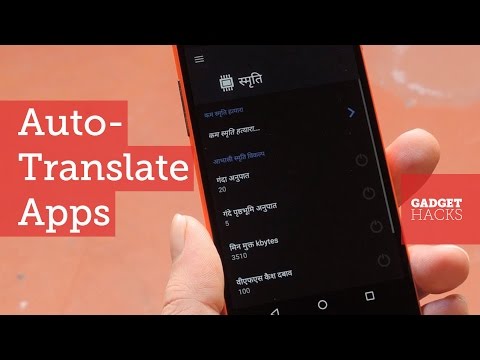 Note - If you are using VirtualXposed or Taichi

How to get Microsoft Azure Translate Key

The subscription key is something like "3d2c..." (some english numbers and alphabets).

A previous version of this application encouraged use of Yandex API keys. Yandex has stopped giving free translate API keys. If you already have a key, it may continue to work, it may not. It is recommended to shift to using a Microsoft API key.

No app is being translated in any app

The Translated app is "Force Close"

Other apps are being translated, but some particular app is not

A game app is not being translated

The app "Telegram" is not being translated

Contact me for support. When you do, I will need atleast the following information -

Once you have the above, contact me on the XDA support thread. You can also report issues on the Project's "Github".

If you like this project, buy me a cup of coffee! :)

This program is free software: you can redistribute it and/or modify it under the terms of the GNU General Public License as published by the Free Software Foundation, either version 3 of the License, or (at your option) any later version.

This program is distributed in the hope that it will be useful, but WITHOUT ANY WARRANTY; without even the implied warranty of MERCHANTABILITY or FITNESS FOR A PARTICULAR PURPOSE. See the GNU General Public License for more details.

You should have received a copy of the GNU General Public License along with this program. If not, see http://www.gnu.org/licenses/.