JAVMovieScraper is a Java Swing program to scrape English Kodi metadata for Japanese Adult Videos (JAV) are searched on:

Adult dvds informations are searched on:

As no one site has a complete set of English metadata, the program amalgamates metadeta info from a variety of sources, including dmm.co.jp, javlibrary.com, javbus.com, squareplus.co.jp, and actionjav.com. The data is then fed through a machine translation (if original data is in Japanese) and then quality checked to sanitize it and poster elements are cropped so only the cover is shown.

This program is in alpha. Please submit bugs and feature requests here on github on the issues page.

Download the latest JAVMovieScraper.jar release here to get started! 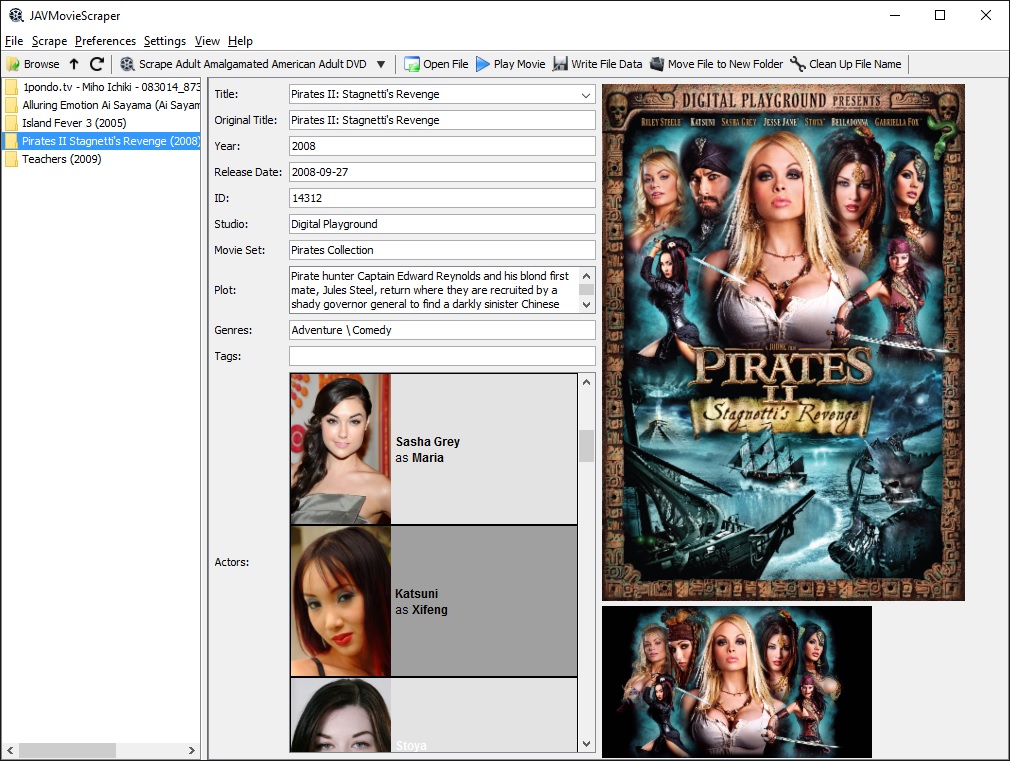 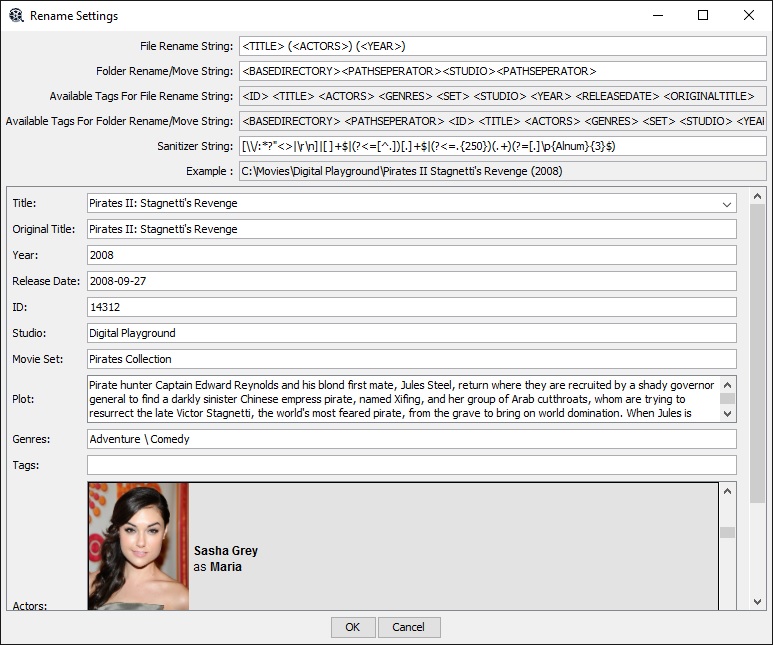 If you're having trouble getting matches with -scrape data18webcontent, try to first run -filenamecleanup on the file and then run -scrape on the file.

When using the site specific scraper feature, your file name must contain an ID number which conforms to the release ID conventions set by that site.

This attempts to rename a file to make it more likely a match will be found with the Data18 Web Content Scraper. This is done by replacing website abbreviations (current list here - more to be added soon) at the beginning of the file name with the full site name. It will also remove words from the file that interfere with scraping and replace underscores and periods in the filename with spaces. The list of site name abbreviations still needs more work. Please consider contributing to this list if you use this feature and would like to see it work better! Note that the list of abbreviations usually contains a short 2-4 letter abbreviation as the second entry in the list. This is the abbreviation used in the scene release of the file.

What If I Use Plex?

Try Media Companion. It's easier to use when sitting at a computer than Kodi because the interface is designed for keyboard & mouse use rather than a remote and large screen.